The following is an article from Cosmopolitan Magazine on my experience as a fighter and an author: 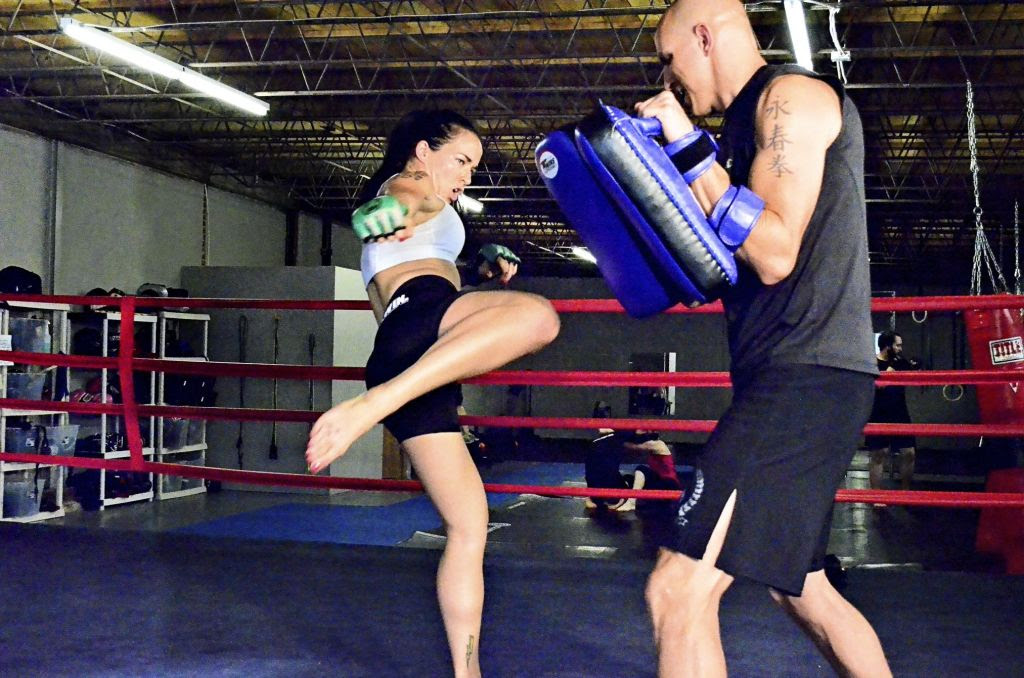 Jennings with her husband at their Denver gym.
COURTESY L.A. JENNINGS
What drew you to fighting?I played sports as a kid, but I wouldn't have called myself athletic. In college, I wanted to meet new people and challenge myself, so I went to a martial-arts gym. It was humbling getting thrown down over and over, but it fueled my desire to improve.

Was it hard being virtually the only woman there?Most of the guys I trained with were supportive. I eventually married one of them, and we own a gym together. That said, it was a boys' club. Sometimes visiting fighters made comments about my body and treated me as a spectacle, or they'd dismiss me completely.

What's it like to fight someone?Sometimes I get literally sick from nerves before a fight. Then there's clarity when I step into the ring. It's exciting to see how your opponent will react to whatever you throw at her. When it's over, the adrenaline high feels amazing. It also puts life into perspective. I've been in pain and hit down in the ring, so I can handle defending my dissertation!

Is being able to fight real progress for women?People who wanted to keep women out said they were trying to protect women's bodies — but I want to be in charge of my own body. The idea of men being violent and women being passive are social constructs. Fighting is no more masculine than parenting is feminine.

What's next for your sport?Right now, competitions tend to include only smaller weight classes, so only women who fit the stereotype of the sexy, beautiful fighter can make a living. I hope the sport will become focused more on skill.

She's a Knockout! A History of Women in Fighting Sports is out now.
This article was originally published as "Equal Rights ...To Fight" in the October 2014 issue of Cosmopolitan. Click here to get the issue in the iTunes store!