Who should Ronda Rousey fight next?

Ronda Rousey's star is continuing to rise after her victory of Sarah Kauffman.  Regardless of how you feel about Ronda (I love her) we all know she has got to fight again.  Let's make somewhat informed conjectures about her next opponent.  Wild, wild conjectures.

1.  Cris "Cyborg" Santos
Although the two cannot agree on a weight class, I think it is inevitable that these two powerhouses will one day meet in the cage.  Cris has claimed that Ronda ran from her to the 135lb weight class but I think that Ronda was running towards Meisha Tate.  Ronda was dominant as a featherweight and is now the leader of the bantams.  But these ladies must meet one day if Ronda is to maintain her reputation as the greatest female MMA fighter.

2.  Meisha Tate
Meisha has already asked for a rematch and while she will definitely get that opportunity in the future, I do not think Ronda is going to give it to her  yet.

This would be an incredible fight.  Davis is a BJJ blackbelt and she could be the one to defend Ronda's famous armbar.  Alexis Davis is a great opponent for Ronda but I am not sure that she could stir up the media frenzy that Ronda likes.  It is an unfortunate thing to say but I think Ronda will pick her fights based on the opponent's ability garner the limelight.  I am not sure that Alexis or Sara McMann, another option for Ronda, can create the pull.

4.  Liz Carmouche
I have to admit that next to Cyborg this is the fighter I most want to see in the cage with Ronda.  Liz is an aggressive fighter with enough PR flair to entice Ronda. 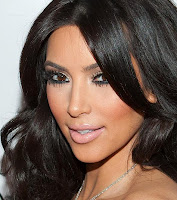 Get this bitch in the cage!  It is on like Donkey Kong!